The CARICOM Reparations Commission (CRC) will soon become more accessible online as it seeks to boost its presence by rolling out a new website and new social media platforms via Facebook, Twitter and Instagram.

The website address is www.caricomreparations.org. The Commission can also be found at the following social media addresses https://facebook.com/CARICOMReparations/,https://twitter.com/CariReparations, and https://www.instagram.com/caricomreparations/.

The CRC’s website is a multimedia portal that aggregates a wide range of print, video, and photo content about the growing reparations movement in the Caribbean and around the world. It contains news reports as well as speeches, lectures and essays by CARICOM leaders, public intellectuals, academics and civil society activists in the Caribbean, North America, Europe and Africa.

The website’s scope expands beyond the Caribbean region to encompass content that reflects an emerging global movement for reparatory justice. The establishment of the CARICOM Reparations Commission (CRC) in July, 2013 has inspired the birth of similar reparations commissions and committees in the USA, Europe, Britain and Canada in recent years. Aspects of the CRC’s 10-point Action Plan for reparatory justice have been emulated in the policy platforms of the Black Lives Matter and other civil rights movements in the USA and Canada.

The social media campaign is geared towards bringing global awareness to the CARICOM reparatory justice movement, creating the context for the achievement of the 10-point plan through mass mobilization and support for the initiatives of the CRC. Additionally it is expected to bring about a social movement that will contribute to achieving the goal of reparatory justice.

“We are very pleased to launch our new Web site and social media platforms in this week of Emancipation celebrations, a time when our people all over the region are marking the end of chattel slavery, apprenticeship and indenture in the 19th Century,” said Professor Sir Hilary Beckles, Chairman of the CARICOM Reparations Commission.

“These new online tools will serve to inform the general public on what the Commission has done since it was established three years ago and how a global reparations movement has emerged over that period. This information will empower and inspire advocates for reparatory justice in the Caribbean and around the world,” added Professor Beckles. 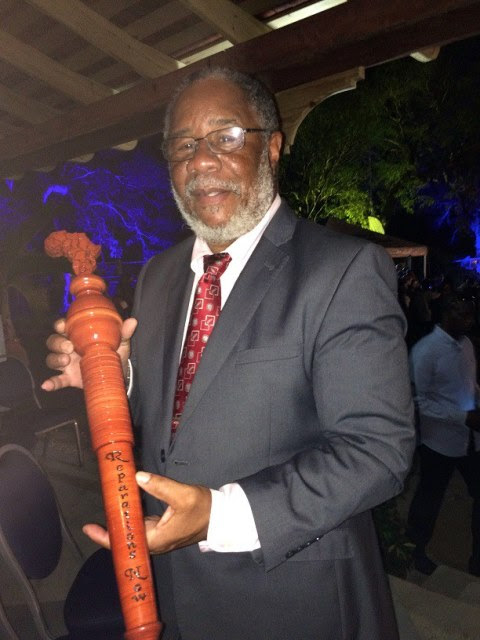 The site and the social platforms will also catalogue progress made in recent years in the struggle for reparations and will report on initiatives underway and those soon to be launched in various CARICOM Member States including the Reparations Relay initiative. Furthermore, these social media platforms will engage young people in the Caribbean and around the world in the ongoing reparations conversations and debates.

The CRC was established following a mandate from the CARICOM Conference of Heads of Government at their Thirty-fourth Regular Meeting held in Trinidad and Tobago in July 2013, to establish national committees and a regional commission to pursue reparations from the former European colonial powers for Native Genocide, the Trans-Atlantic Slave Trade and Slavery. 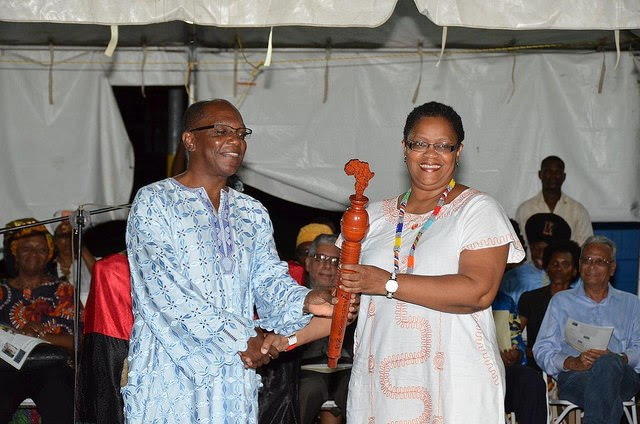 As part of its activities the CRC is hosting a series of international Reparations Relays and Rallies in collaboration with the CARICOM Members States which have committed to being part of the reparations movement. These events are being held on days of historical significance in relation to slavery, the slave trade or native genocide in each Member State. A baton and torch are passed from the current Member State to the next one which will host the rally.

The first leg was hosted by Barbados in April, while Guyana hosted its Rally and Relay in May. Suriname will host their event on August 9, the Day of the Indigenous People and St. Lucia’s event will be on August 17, the 129th birthday of Pan Africanist and National Hero of Jamaica, Marcus Mosiah Garvey.

The celebrations in Suriname will feature a marketplace of art and craft, rituals and performances, a music festival and the passing of the Reparations baton, at the Palm Gardens in Paramaribo. The activities in St. Lucia will be held at the Open Campus, The Morne, Castries in St. Lucia.

A feature address will be delivered by Ambassador Dr. June Soomer, the new Secretary General of the Association of Caribbean States. Dr. Soomer is the immediate past Saint Lucia Ambassador to CARICOM and the OECS, and a founding member of the Saint Lucia National Reparations Committee.

No cash grant for children who do not return textbooks

Manickchand in talks with religious community to address issues at schools