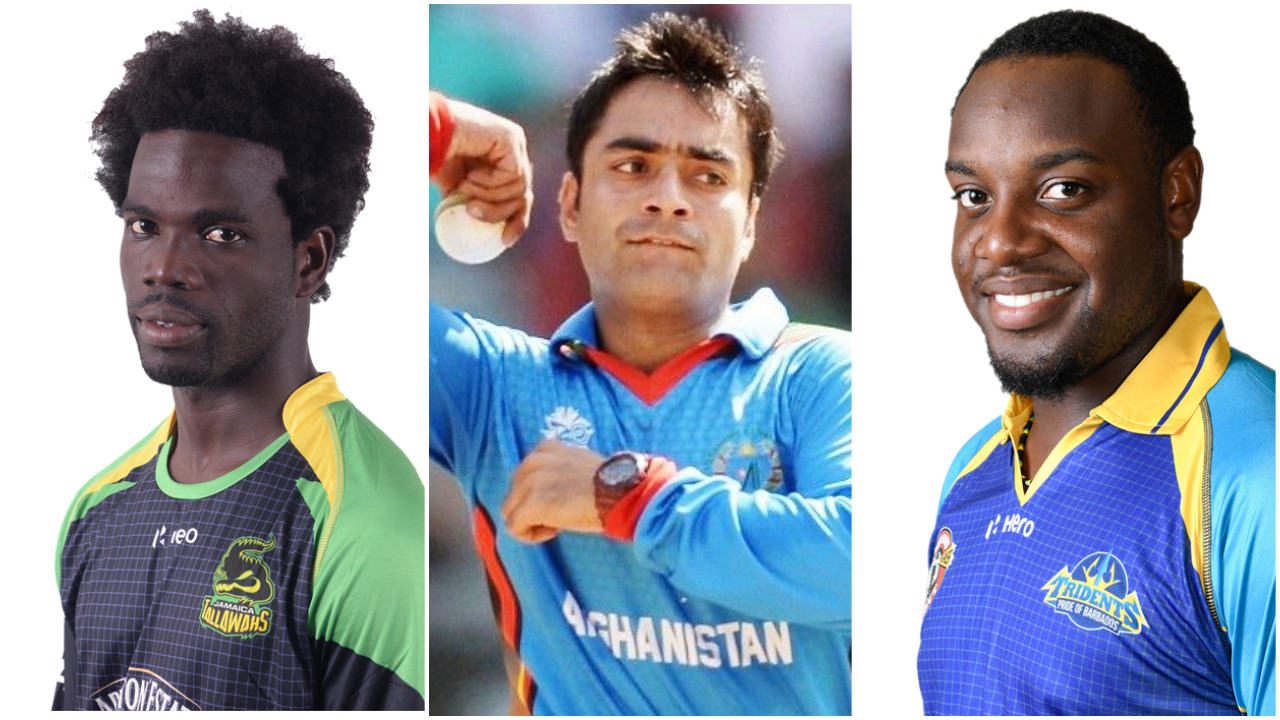 The Guyana Amazon Warriors have raked in six newcomers in their squad for the Hero Caribbean Premier League 2017, following the Player Draft this morning in Barbados.

Destructive Jamaican wicket-keeper/batsman Chadwick Walton will head to the franchise this season, as well as Afghanistan all-rounder Rashid Khan. The big-hitting ICC Americas opener Steven Taylor will also suit up for the Warriors, along with Barbados all-rounder Roshon Primus and the Guyanese pair, batsman Gajanand Singh and fast bowler *Keon Joseph.

Walton, who has played for home franchise Jamaica Tallawahs in all four previous seasons, is an aggressive opener, who is perfectly suited to the T20 format. He has a strike rate of 112 and average of 23 from 62 matches with a highest of 99 not out.

Eighteen-year-old Khan is an exciting new talent, who was snapped up by Sunrisers Hyderabad for US$597,000, the highest-ever bid for an Associate player in the IPL. The leg-spinner has a T20 best of 5-3, incidentally taken today against Ireland, and an economy rate of 5.95. His 53 wickets from 32 games prove that he is a constant wicket-taker.

Taylor is a hard-hitting 23-year-old left-handed opener, who scored a pair of 80s for Jamaica Scorpions in the Regional Super50 in February. His previous stint in the CPL was with former champions Barbados Tridents.

Primus, a Barbados-born all-rounder, has played all his senior regional cricket for Trinidad and Tobago. He’s a handy player, boasting a batting average of 37 and a bowling average of 24 after five First-Class matches.

Guyanese left-hander Singh has had a prolific year, scoring 64, 88, 56, 56 and 64, and was only dismissed once in the UWI/UNICOM T20 tournament in Trinidad and Tobago. Such exemplary performance, playing for DCC- 328 runs at an astonishing average of 328- unsurprisingly earned him Most Valuable Player of the tournament.

Of recent, Joseph has been Guyana Jaguars spearhead, rattling regional batsmen with his pace and accuracy. The 25-year-old has picked up 61 wickets from 23 First-Class games at an average of 27, and will add much-needed firepower to the Warriors’ attack.

The only other Guyanese who was picked at the Draft was all-rounder Christopher Barnwell, who was released by the Warriors. Barbados Tridents bought him for US$10,000.

*Editor’s note: Keon Joseph was called in as a replacement for the injured Ronsford Beaton in the Guyana Amazon Warriors squad in 2013. However, he did not play a match.

See full list of players selected by the franchises below.