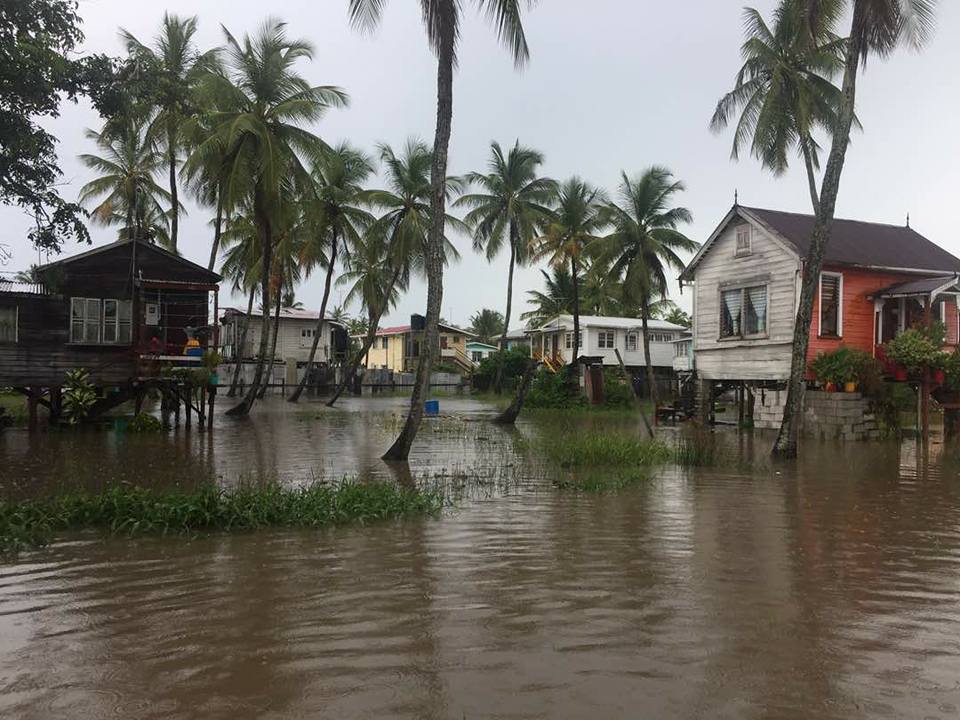 Rainfall over the past week has left some villages on the East Coast of Demerara and parts of Georgetown under water. Following a visit to East Coast today, Saturday, (June 24, 2017), Public Infrastructure Minister, David Patterson announced that a pump will be relocated to Ogle, to bring relief to residents.

According to the Minister, the flooding is as a result of more rainfall than the coastland can drain off by gravity in a 24 hour period, compounded by high tide.

Also on the visit was Minister of Agriculture, Noel Holder who dispelled rumours that there has been overtopping and breach of the conservancy.

After assessing the flood situation, Minister Patterson announced that one of the three pumps at Ogle is down. As such, he noted that a pump located at Strathspey and which is not being used will be relocated to Ogle to replace a pump there which is not operational.

Some residents from Ogle to Buxton are affected by flooding.

Meanwhile, it was revealed that long-term plans, including the construction of pump stations at Buxton, Vigilance, and Lusignan, are underway. Works have already commenced on the pump station at Vigilance and will conclude in the new year.