See the full statement from itel below:

itel, an award-winning business process outsourcing provider (BPO) founded in the Caribbean, has announced plans to recruit more than 500 employees in the next few weeks, to support its expanding operation at its Guyana customer engagement center.

The company has already started to recruit, and will have a job fair on the 3rd September from 9am to 3pm at itel’s offices on 81-82 Camp & Robb Street. These new hires will assist itel in fulfilling the needs of some of North America’s most renowned brands in Retail, Tech Support and Healthcare.

itel, known for its outstanding customer experience delivery, plans to hire Guyanese who are customer-service oriented and who have a desire to learn. itel’s retention culture fosters career growth and development through training and mentorships, while offering employees the opportunity to explore various career paths within the organisation. Successful candidates will receive a competitive salary, training, health insurance benefits, and will also have access to incentivised employee programs. 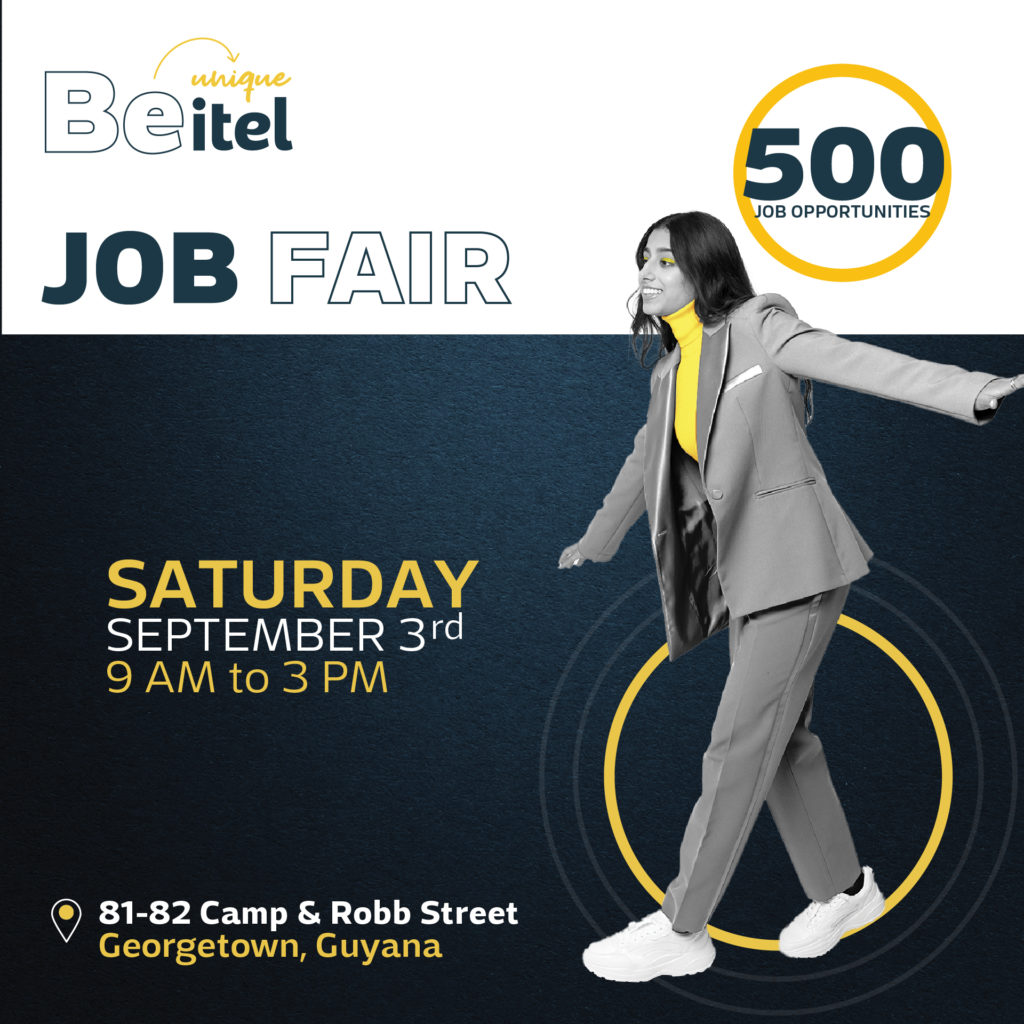 itel also has plans to participate in a range of local activities, which will include Cricket Carnival and several corporate social responsibility initiatives. The company strongly believes in immersing itself in the country’s culture and, with its West Indian roots, the organisation has found its perfect niche in Guyana. Furthermore, itel has teamed up with influencers, Feliz Robertson and Curtis “Casual” Armstrong, to bring awareness to the company’s key messages and brand.

Kailash Rao, Guyana’s Country Manager, noted, “Guyana is poised at a very crucial junction between untapped talent and explosive growth in the coming years, especially in the BPO sector. itel is optimistic about bringing top international brands to the country, and with an investor-friendly government coupled with a well-educated young talent pool to support the inflow, Guyana is set to become the ‘go-to destination’ for all major players in this sector.”

itel, who acquired Emerge BPO in 2021, has continued with its USD$4M business expansion plans, offering new upgrades and infrastructure developments. These improvements will pave the way for massive external and internal modifications including modern fixtures and designs, state-of-the-art workspaces and a vibrant internal company culture.

Two years jail for contractor who lost $1.7M while gambling