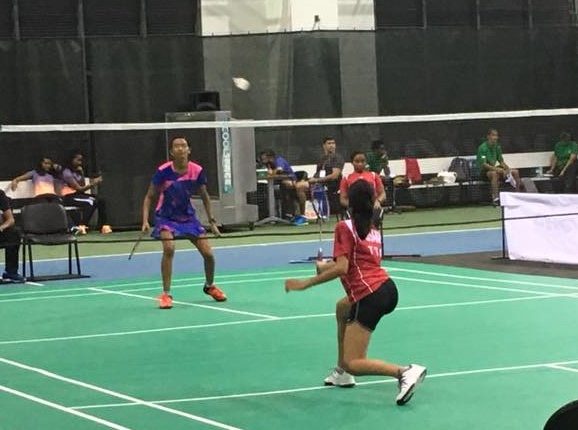 Guyana off to good start in CAREBACO in T&T

Guyana had a solid start in the individual category of the Caribbean Regional and International Badminton Championship (CAREBACO), currently underway in Trinidad and Tobago.

The Guyanese had a very positive start to their campaign in the individual segment on Thursday at the National Racquet Centre in Tacarigua, Trinidad.

In the Under-17 Boys Singles, Akili Haynes started with a win against Mattaus Joatchim of Trinidad, whom he defeated 22-20, 21-15. However, Haynes lost to Daniel Acosta of Dominica in round two, 21-6, 21-13. In round two, Tyrese Jeffrey prevailed 21-8, 21-7 over Aidan Mootoosingh of Trinidad.

In the Under-17 Mixed Doubles quarter-finals, the Guyanese pair Priyanna Ramdhani and Tyrese Jeffrey outplayed Surinamese Geordan Tjon Kon Joen and Chaista Soe-modi-poero 21-15, 21-13 to advance to the semi-finals.

Action in the competition continues on Friday and into the weekend.