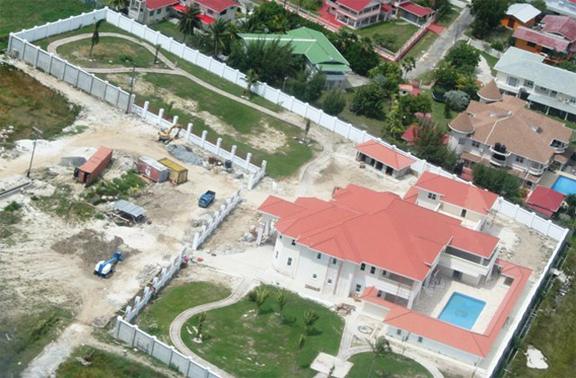 Jagdeo says will pay nothing extra for Pradoville 2 land

Former President Bharrat Jagdeo is maintaining that he will not pay anything extra for the land he occupies at the so-called Pradoville 2 Housing Scheme.

“I do not intend to settle,” Jagdeo, the country’s Opposition Leader told reporters at a news conference on Thursday.

At least one Minister of his former Government – Robert Persaud – has made steps to pay the difference of the price he paid for the land against the market value at the time of sale.

Reports are that the State Assets Recovery Agency (SARA) reached out to Persaud and several other of the beneficiaries of the Sparendaam Housing Scheme, popularly known as Pradoville 2, to “settle” the matter.

Jagdeo said he has not been contacted by SARA and that he has no knowledge that persons under investigation have been approached to pay monies to the State.

The Special Organised Crime Unit (SOCU) is investigating the sale of lands and already a number of former government officials, including Jagdeo, have been questioned.

Last reported information on the status of those investigations is that the file is awaiting legal advice.

Former Attorney General had defended the sale of the lands below market value, arguing that all house lots across the country are sold at subsidized prices.

Even if beneficiaries settle the difference with SARA which is responsible for the recovery of State assets, nothing is stopping SOCU from still proceeding with criminal charges.

Another Eccles family tied up, robbed by gunmen